About fifteen years ago, I attempted to combined two of my obsessions: nanotechnology and Judaism, into one article for Salon. The result was a feature with this convoluted headline:

“Nanotech angels: Kabbalah and nanotechnology share unexpected common ground: They are testament to the incomprehensible infinite.” 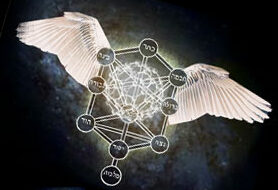 This special report of mine made precisely zero people happy. Scientists trashed me in the comments. Religious people scratched their heads in bafflement. But I still think there’s something there in that both science and religion, at their most fundamental level, could find common ground.

This was during my nanotech phase, which was my reaction against my previous journalism life covering Jewish news. After leading coverage of Mideast peace talks, I thought it’d be great to cover science insead, where there were fewer disputes, where things are either true or not true. Boy was I wrong about that.

From Judaism to Science

After the failure of the 2000 Camp David talks between Arafat and Barak, and the beginning of the second intifada, I began wondering what I was doing, since news out of the Middle East seemed to never change. And I was more interested in covering domestic Jewish life than Israel. So, I quit my job as managing editor at the Jewish Telegraphic Agency in 2001 and went back home to Michigan, where I helped found a magazine and website covering nanotechnology. We called it Small Times. Get it? And it was great fun!

There was a mini nanotech boom going on at the time, with lots of venture capital and government money being thrown at it. The guy who launched Small Times was future Michigan Gov. Rick Snyder, who tossed a great deal of dough at our magazine.

But I became frustrated with the limits of a publication that existed to attract ad dollars as industry boosters, when there was a larger conversation happening outside our magazine about the ethical and environmental implications of the technology and the pace of its development. I couldn’t stand it any longer, so in the summer of 2003, much to the annoyance of my boss, I launched my own blog, Howard Lovy’s NanoBot, that covered the implications of nanotech that the magazine couldn’t cover.

Almost right away, my blog attracted far more web visitors per day than did my magazine. That got me into plenty of hot water with management and so they threw me overboard just before the magazine, itself, sunk into oblivion. But, as many of you know, I have OCD tendencies, so my obsession with nanotechnology remained. I continued my blog and I wrote some nanotech stories for different publications, including the Salon story above, and a few stories for Wired, like this one on nanotech and cancer cures.

But my favorite Wired nanotech story was one I wrote about a group of anti-nanotech protesters (see picture at the top of this page) who decided to strip off their clothes on Chicago’s Miracle Mile to protest Eddie Bauer’s stain-resistant pants that used a nanotech-enabled coating. Bless their hearts, they wrongly thought nanotech was another word for GMO, so they protested against the technology as if they were in some battle against genetically modified foods (which in itself is a cause based on wrong information, but I won’t argue that one here). Anyway, Wired called it … 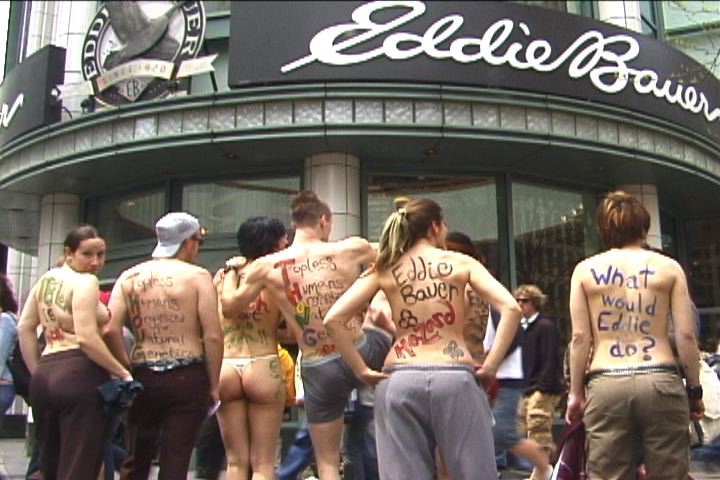 ON A CHILLY Chicago afternoon in early May, environmental activists sauntered into the Eddie Bauer store on Michigan Avenue, headed to the broad storefront windows opening out on the Magnificent Mile and proceeded to take off their clothes. The strip show aimed to expose more than skin: Activists hoped to lay bare growing allegations of the toxic dangers of nanotechnology. More here.

Well, nanotech was fun while it lasted, but the world moved on, and so did I. I began writing about publishing and then, when anti-Semitic garbage began appearing on my social media feed from Trump fans (or Russian bots), I decided it was time to come in from the cold and write about Jewish issues again. But I still miss writing about nanotechnology, and follow nano news for fun.