If you want to skip all the commentary below, and just read the latest Jewish News and Commentary, click here. If you want to know more, read on …

My family’s experience in the Holocaust was a reason I became a journalist who specializes in Jewish news and commentary. In these dark times, when anti-Semitism is again on the rise, I think of my great-grandmother and other victims of the Shoah and try to honor their memory in my work. The picture above is my great-grandmother Betty Lövy. In 1944, she was deported from Budapest, forced onto a train, and murdered in Auschwitz. My grandfather told me of her quiet faith and strength. On the right is her page of testimony from Yad Vashem, the Holocaust memorial in Israel. It was submitted by my great-uncle Charles, who survived Auschwitz and Mauthausen.

My great-aunt Hedwig, who my grandfather told me looked like my daughter, hid in Slovakia. But in 1944, the Czechs convinced her and her kids to come out of hiding, promising they’d be safe. They were handed over to the Germans and murdered. My great-uncle Andor worked as a slave laborer, often beaten. At the end of the war, he was marched to Mauthausen concentration camp, where liberation came. Afterward, Andor testified against his camp commander, who was hanged for his crimes.

I mention my family’s history because it is the reason I write, and think, about Jewish news every day. I do not let the Holocaust define my relationship with Judaism, but it has always loomed large in my family. Through my family’s experiences, I became devoted to studying and writing about anti-Semitism. On these pages, I’ll write about the rise in anti-Semitism (I won’t say “on the left” or “on the right” because they are the same animal), but I hope to also discuss aspects of American Jewish life that aren’t always discussed in the Jewish press or on Jewish Twitter. This is my attempt to take it off Twitter, where there is an obsession with only a few things. I want to broaden the scope a bit and talk about where Judaism is going in the 21st century.

Once this is complete, I’ll open it up to comments and contributions. I’m about to ramp up my Jewish-related writing, but I’m doing it differently this time and trying to create something of my own rather than pitch Jewish publications and hope they give me the time of day. I did that earlier in my career. But, to be successful, I’ll ask for help. 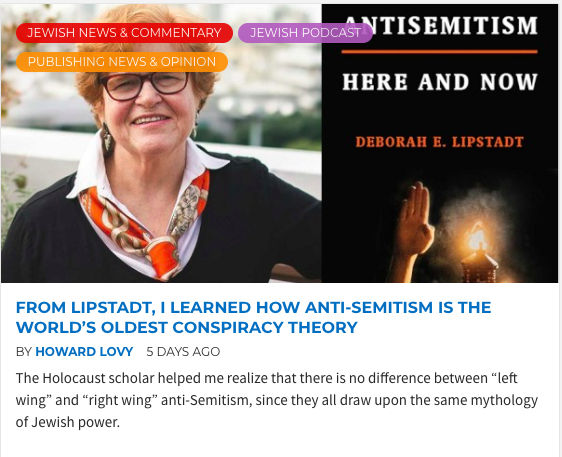 I’ve been, among other things, a journalist who specializes in Jewish issues ever since my college days in the early ’80s, when I wrote so many controversial things about Mideast politics in my school newspaper, the entire Arab student body came out to protest my application for editor-in-chief. Yet, I was also a welcomed guest in a circle of friends who helped launch the Arab American News in Dearborn. It’s complicated

Later, in the late ’90s, I was managing editor for the JTA, (Jewish Telegraphic Agency) and led coverage of Mideast peace talks, the birth of Birthright Israel, and other issues. I was among the Oslo hopefuls, who thought peace in our time was upon us. But when Arafat chose another generation of violence rather than a state, I walked away from covering Jewish issues for about 16 years. 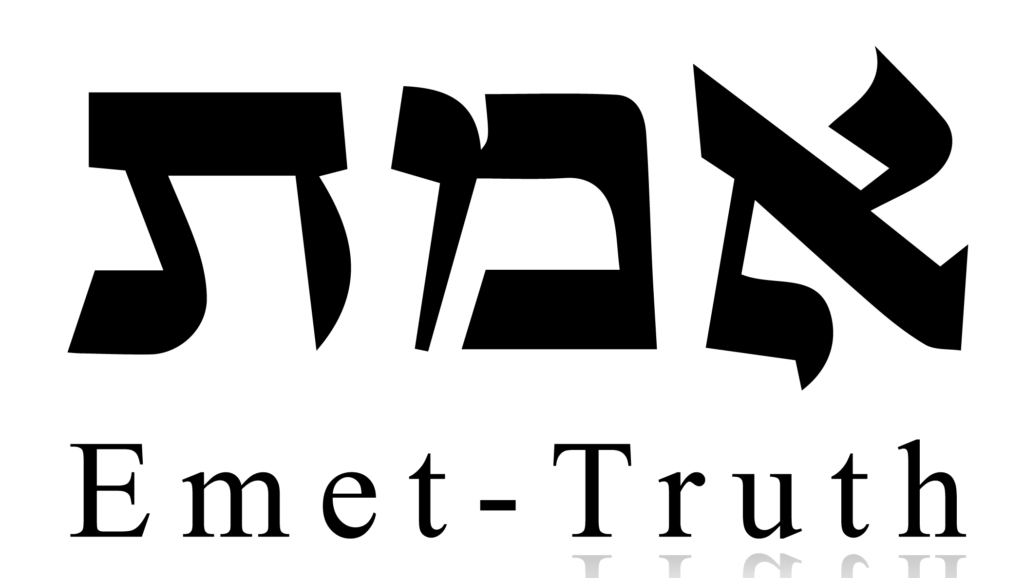 Then came 2016, the Trump campaign, and the new rise in anti-Semitism worldwide. That’s when I jumped back in. I even spoke at a local rally after the Charlottesville neo-Nazi march.

Lately, I’ve been interviewing Jewish thought leaders for Publishers Weekly, and launched my Emet – Truth podcast. I am also working on a Jewish themed memoir that combines my life with that of my grandfather’s. You can read an excerpt here.

On these pages, I hope to not only highlight my own work, but to engage in dialogue that goes beyond the constraints of social media. Also, check back here for special reports, book updates, excerpts, and other items of Jewish interest. 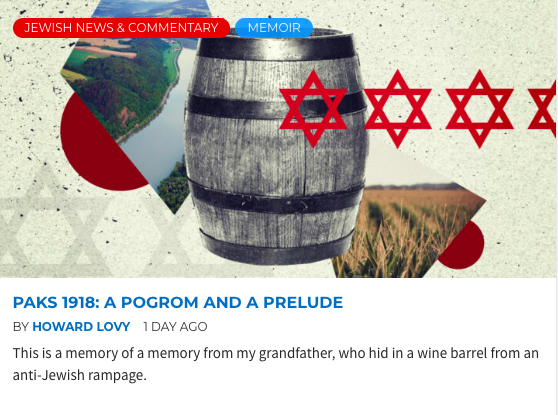 By Howard Lovy 3 weeks ago

Is Forgiveness ‘Wrong Way’ to Cope with Holocaust?